Wind wind. Yay we are moving now. Pushing 9 knots which is fast for this ship. With speed comes weather, big swells but exciting sailing.

I have spent most of this day just staring out and into the ocean whilst listening to music. What an awesome day. Still no sickness. Thank you Lordy Lord.

Every guest on this ship has a story as to why they are onboard. It seems nobody just decides to do this. Beate is still ill and we know why she is onboard, because she was surprising Stephan for his birthday. Stephan is a detective based in Berlin.

Markus the minister has always wanted to do a trip of this nature and his wife showed no interest so he went alone leaving his congregation to an alternate minister.

Wolfgang and his wife Sigrid are a retired couple who have decided to work on a bucket list as Sigrid had a near death experience as a result of an illness and realized that she hadn’t done the things she wanted to in life. She was letting life pass her by. Wolfgang and I get on brilliantly despite the fact that neither he nor I can speak the others language. Wolfgang is a fine arts teacher and Sigrid an attorney. They have phenomenal enthusiasm which inspires me constantly.

Hilde from Norway is a divorced kindergarten teacher who teaches kids with learning difficulties. She has 3 kids one of which is 12 and suffers with assbergers syndrome. He is living in a home so that he can be constantly looked after and treated. Hilde is making the most of her trip and has certainly earned it.

Guillem is a 28 year old Spaniard who has taken nearly six months off work to travel. He is going to Greenland next on a dog sled trip and then canoeing down the Yukon in Canada. He works for an investment fund in Barcelona. He must be bloody good at his job to get away with this. He has already travelled extensively in his short life. There must be more to this chap. I will find out what it is that is driving him.

We are being drilled by massive waves which have flooded the library and nearly drowned a few guests loitering about. The whole ship is being battened down for poor weather. I am going to have a rum now just in case we sink.

I am starting to keep a look out for a suitable ship that we can hijack. 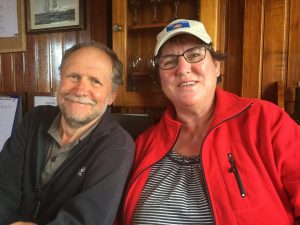 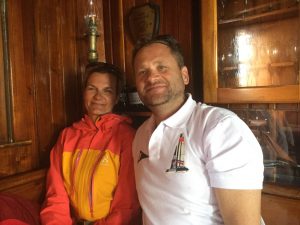 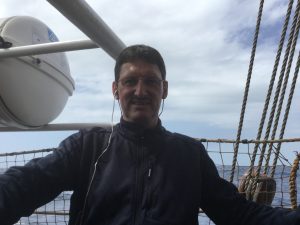