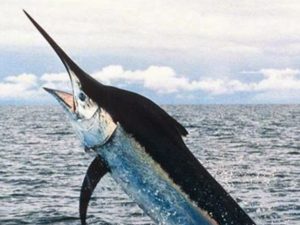 Wow. That late night duty was amazing. It is 4 hours long with two other crew so you have to keep the ship straight and adjust the sails when necessary. The perk is the Stars which are phenomenal. I pointed out the southern cross to the one crew member who then politely told me it was Orion’s Belt. I kept quiet about the stars after that choosing to listen for a change.

I am still disease free but others still suffer. Beate is still battling but slowly improving.

We have had no wind for 24 hours. This essentially means we go nowhere and the ship just rolls. Not ideal but it is what it is.

I discovered that the German passenger Markus is a reverend so if I need any assistance from the Lordy lord I know who to go to.

The food remains healthy with nothing fried, no burgers or hot dogs. Shit. I am learning slowly to appreciate good Spanish influenced healthy food. We had an amazing fennel soup and I have eaten lots of lentils, beetroot and other crap I mean nice stuff and I am actually enjoying it.

There are two young guys in the crew Morten who is Norwegian and Lars who is from Northern Germany. Both nice guys and full of fun. Ren is from California and like Kai is an apprentice on the ship. She always has a smile and adds huge value to everything she touches.

I have renewed faith in humanity as there only seems to be positivity and politeness from all onboard.

Our fishing continued and I caught the biggest Marlin in the world. Quite a feat really with only a hand line. See pics.

I climbed the bloody mast and shit it is high. You have to hold on tight as the mast sways back and forth but I did it. 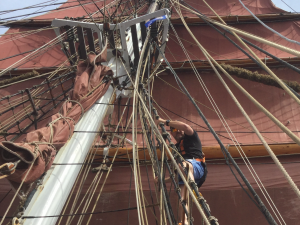 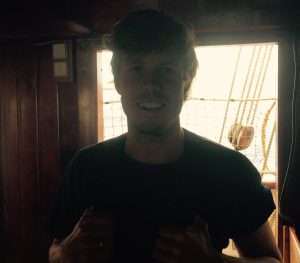 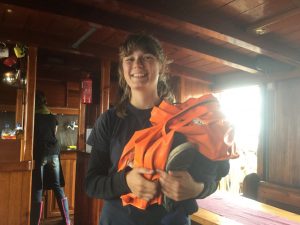 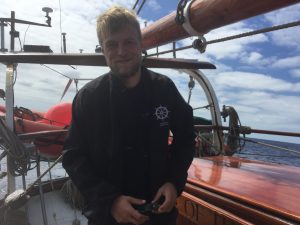