Belcanto the two starred Michelin restaurant is owned and operated by the chef Jose Avillez. He also owns Cantinho Do Avillez, Cafe Lisboa, Mini Bar and Pizzaria Lisboa. I have been fortunate enough to have eaten at three of these establishments this last week. Each restaurant is unique but all with a slightly different twist to what you would expect.

Belcanto is the Jewel. What a brilliant experience. The decor is plain but smart and crisp as are most Michelin restaurants. The service was faultless and soon after I arrived I was invited to the kitchen where I met Jose Avillez. What an impressive man and so humble. The kitchen is what you expect, immaculate with plenty of organized activity in each section.

Soon after choosing my wine the food started coming. What an amazing selection with clever little Amuse-bouche. Even the selection of butters were a marvel.

My first course was Lupini bean with olive, carrot and garlic. You will see from the picture that it looks quite similar to the ingredients mentioned but tastes nothing like them. It is a clever con to frighten your tastebuds. All the courses were masters of disguise and taste.

I had. Cod liver and trout roe, Azores tuna, Roasted chicken and maize cream, all unique and delicious.

I was served what looked like a porthole with at least a dozen little seafood tastes. One of the chefs speciality dishes is the garden of the goose that laid the golden eggs. This is a sous vide egg that is so tasty and soft that it just melts in your mouth. Of course there is more to this dish.

I then had Sea bass and a traditional Portuguese pot-au-feu which is a tasty meaty soupie dish. The suckling pig revisited with an orange and salad was my favorite. The condom looking packet thing on the plate are potato crisps inside an edible bag.

The first course of dessert was a pudding with pork greaves, raspberry and wasabi sorbet followed by a mandarin mousse inside a mandarin made of something delicious. This was all followed by these amazing petit fours.

This food is mind blowing and just how the chef obtains these flavor combinations is a rare talent. You will be astounded by how he disguises and presents this food. I would not be surprised if this chef is awarded a third Michelin star. Enjoy the pictures. 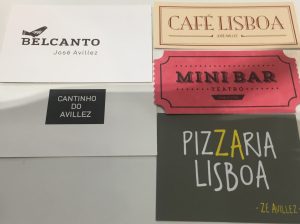 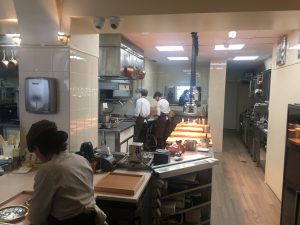 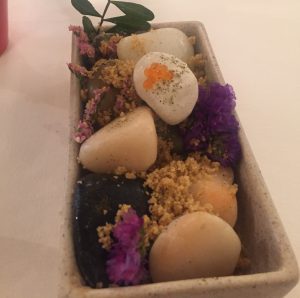 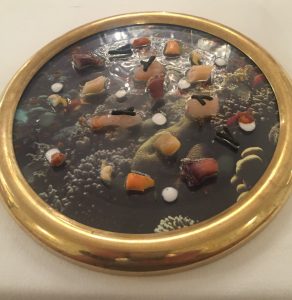 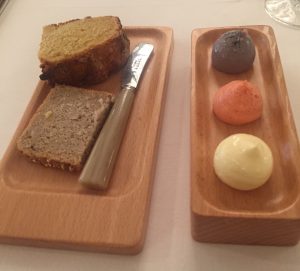 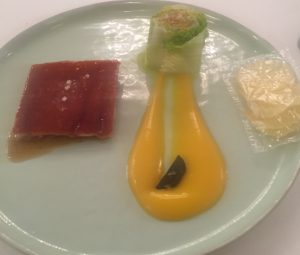 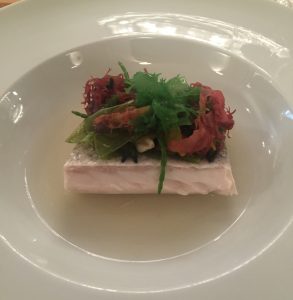 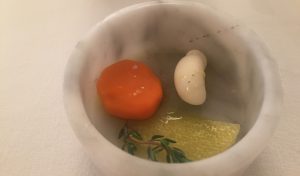 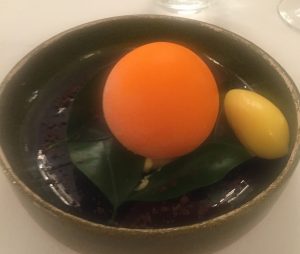